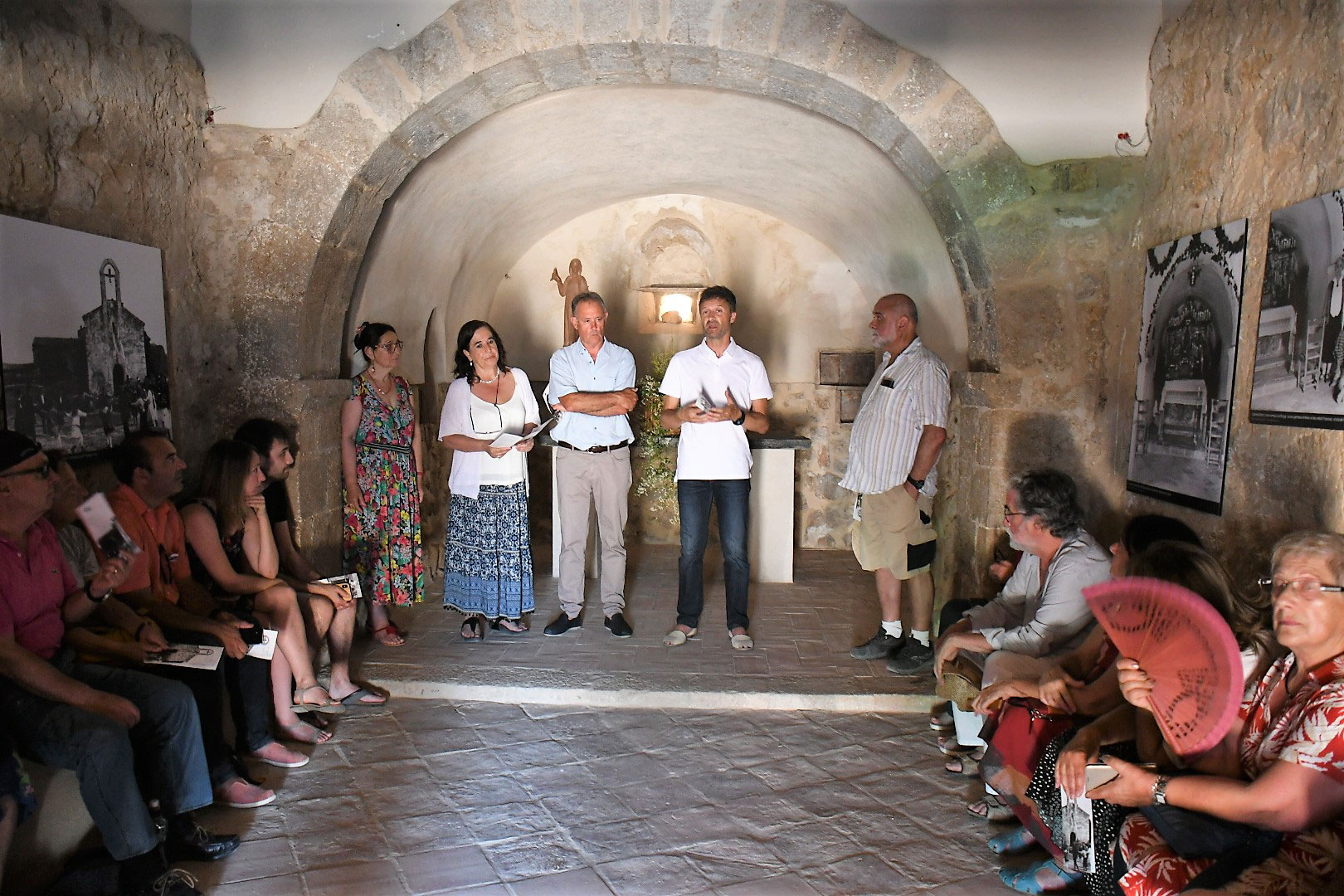 On Saturday, 29 June, the second space dedicated to Víctor Català was opened. In this case, in Santa Reparada Chapel, which formerly belonged to the author, and was bought by L’Escala Town Council. Photographs of the author were exhibited and her link with the rural world and, in particular, with Cinclaus, where she had properties and also excavated the chapel.

The relationship between Caterina Albert/Víctor Català and Cinclaus came from the fact that a forebearer of the Albert family, Martí Paradís i Oller, was dedicated to trade with America and when he became wealthy, he bought these farmhouses and lands in the hamlet of Cinclaus.

In fact, in 1850, Martí Paradís i Oller, who was Caterina Albert’s maternal grandfather, purchased Mas Peraquintana i Albornar. In 1877, Caterina Farrés i Sureda, the author’s maternal grandmother, bought Mas Concas. 10 years later, she also ended up buying the properties of Mas Sastre, which consisted of a barn but also Santa Reparada Chapel, until, in 1897, the inheritance of Mas Sastre was divided and Caterina Farrés kept the barn, the chapel, part of the land and opened Santa Reparada Chapel for worship.

Caterina Albert/Víctor Català was a highly versatile woman as, in addition to being a writer, she drew and painted and was very fond of archaeology and ethnology. In 1908, official excavations were started on the Ruins of Empúries and very likely, this influenced Caterina Albert’s decision to start excavations in Cinclaus, specifically Santa Reparada Chapel. It would seem that under the lintel, she discovered remains of a Roman period mosaic, among other archaeological remains to be localised and inventoried in detail, following the methodology of archaeological fieldwork. She thereby achieved an extensive collection that unfortunately was confiscated from her during the Spanish Civil War, between 1936 and 1939.

Cinclaus is closely linked to Caterina Albert/Víctor Català, through her mother, Dolors Paradís i Farrés, who, in 1917, restored the chapel and created the Santa Reparada gathering, which is held on the third Sunday in September.

Caterina Albert’s link with Cinclaus is so close that the poetic songs of Santa Reparada are attributed to her. Very probably the gathering left an impression on the author, in fact, she wrote Solitud at the time when the gathering was most well attended by people in the area.

The Albert family’s link to Cinclaus was fundamental in informing about it and defending it. Lluís Albert explains how on the eve of Santa Reparada, in the very large entrance to the country manor, Caterina Albert’s sister, Amelia, prepared artistic garlands with flowers to decorate the voussoired lintel at the entrance, the baroque altar and the small nave. The following morning, they all went on a wagon to Cinclaus. After the Mass, the festive meal with friends, family and guests was held in the dining room of Mas Concas.

In the afternoon, sardanas were danced in front of the chapel. In 1922, in her facet of recovering traditional culture, Caterina Albert organised the dancing of the long Empordà contrapàs, the precursor to the sardana. That same year, with her brother Francesc, she excavated the subsoil of the chapel and found a mosaic, some inhumations and fragments of ceramic from the 2nd and 1st centuries BC.

In 1997, L’Escala Town Council acquired the chapel and the Generalitat of Catalonia had it restored. During the excavation carried out by archaeologists from Empúries in 2003, the Roman remains of mosaics that Caterina Albert had excavated were brought out into the open. 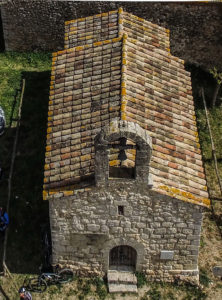 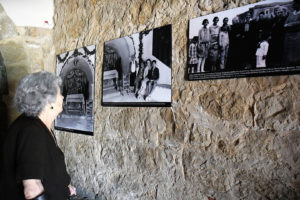 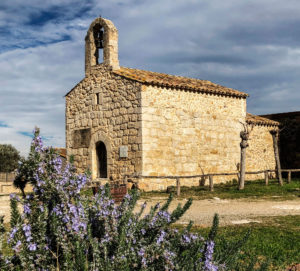 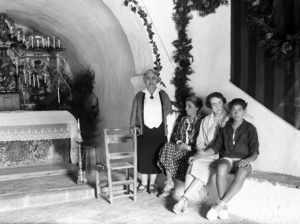 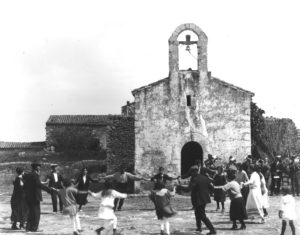 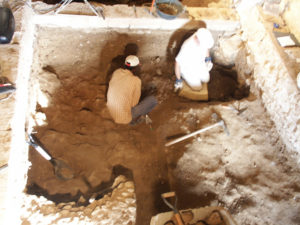 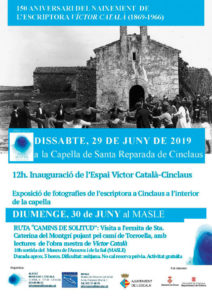 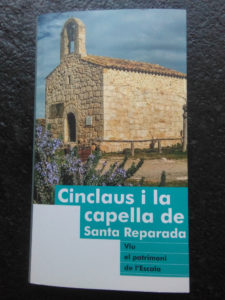