Caterina Albert Víctor Català is known worldwide as a writer, but we cannot forget her dimension as an artist she achieved with his little extensive but very interesting work pictorial and sculptural.

Home educated and privately instructed, she only attended the village primary school in L’Escala and a year at a Girona boarding school. His family provided the conducive environment for their self-taught education. As a young child, her first artistic expression came in the form of drawing when she was as young as 4, as she herself explains in her autobiographical book entitled Mosaic, literary impressions of domestic themes:

“Still, motionless like a saint, from the moment when the teacher left until they came to fetch me, I would produce drawings —my favourite pastime would fall, my true obsession -… And so, I abundantly scribbled in books and notebooks.”

Her father, upon seeing his daughter’s artistic penchant, engaged an arts tutor from Seville, Antonio de Alarcón, whom he had met in Girona. The artist and his daughter moved in with the Alberts in L’Escala, when Caterina was 14.

Caterina Albert had many stays in Barcelona where the family rented a flat at 250 Valencia Street. So, she was able to partake in the cultural and artistic city life. He regularly attended the Liceu, the theatre, dance performances, concerts, talks and a great variety of exhibitions in a cosmopolitan early 20th century Barcelona. She also traveled around Europe in pursuit of cultural interests. Namely Germany, France and Italy.

As a teenager, in addition to drawing, painting and modeling, he began to write the first texts: poems and plays. She tells us:

“I wrote for the pleasure of it, like someone who would play the piano, or do handcrafts. Had I not written, I would have been a painter or a sculptor, or perhaps an engraver. In fact, I started writing because I mastering painting escaped me; in spite of everything, I found contentment in drawing.

Had I been given the chance, I would have become a painter without having to submit myself indiscriminately to masters who might violate my temper, instead of letting me be (which that’s what I’ve always had to do in everything, if I wanted to obtain any profit out of it), choosing my way through the shortcuts of museums and art collections.”

Her drawings depicted the rural and marine environment. She also painted and sculpted her family. When she was 21 her father passed away. Remarkably, she painted his portrait as he lay lifeless, an episode which caused her to faint upon finishing her work. She pursued the full art immersion, a combination of Modernist performing arts. She chose for some of her drawings to feature in one book, Rural Dramas, in 1902. Her last known drawing is a self-portrait dated 1925.

In 1956, the writer Joaquim Folch i Torres published the book ‘Drawings by Víctor Català’, on the occasion of Catarina Albert’s only art exhibition, which had opened at the Cercle Artístic de Sant Lluch the previous year, when she was 86. The prestigious journalist Andreu Avel·lí Artís i Tomàs, whose pseudonym Sempronio, wrote:

-What would this woman have done had she kept painting? – some of the venerable artists at Sant Lluc pondered.

She would have likely immortalized her name in art, as he has done in Literature. How many gifts God bestowed upon her infant’s crib!

If it was difficult, at that time, for a woman to dedicate herself to literature professionally, it was even more so that she would paint or sculpt. In spite of the times, Caterina had her own studio located in the attic at her family home, where he was able to expand her artistic and literary creativity. In 1905, 24 years before the writer Virginia Wolf would publish ‘A room of One’s Own’, claiming a woman’s right to possess her own creative space, Víctor Català had such private space. 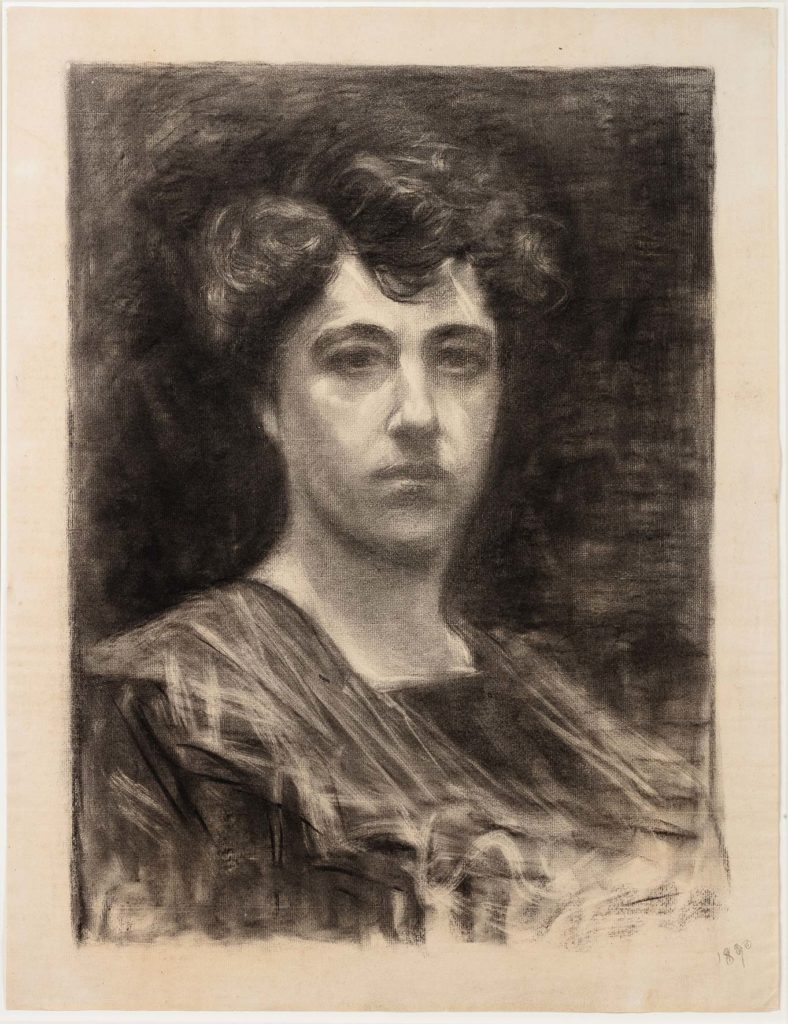 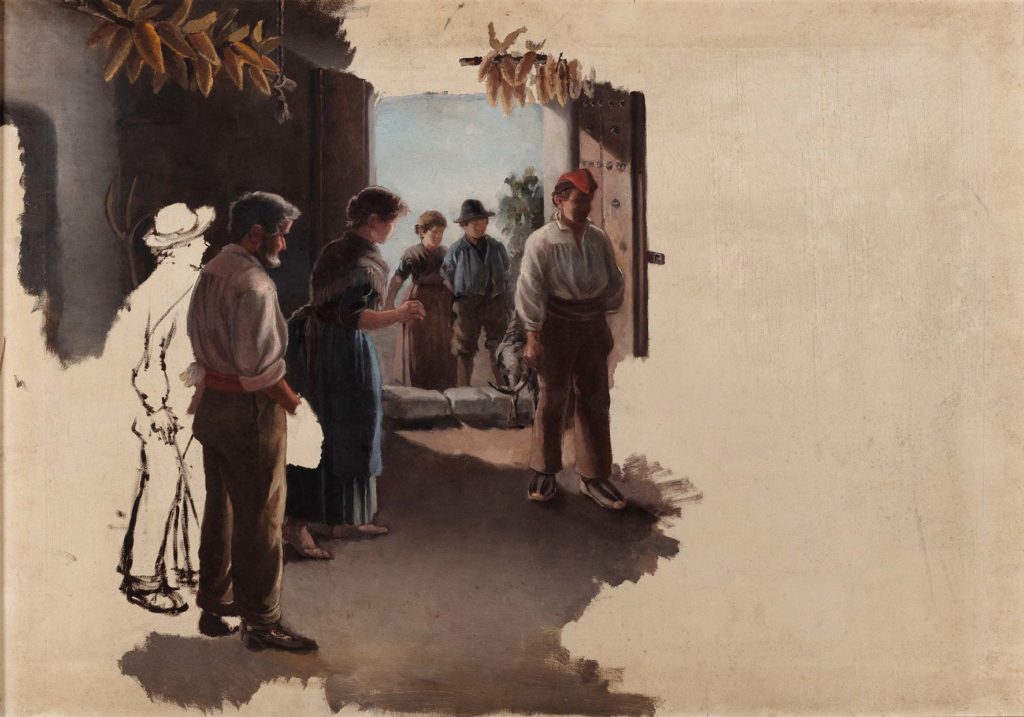 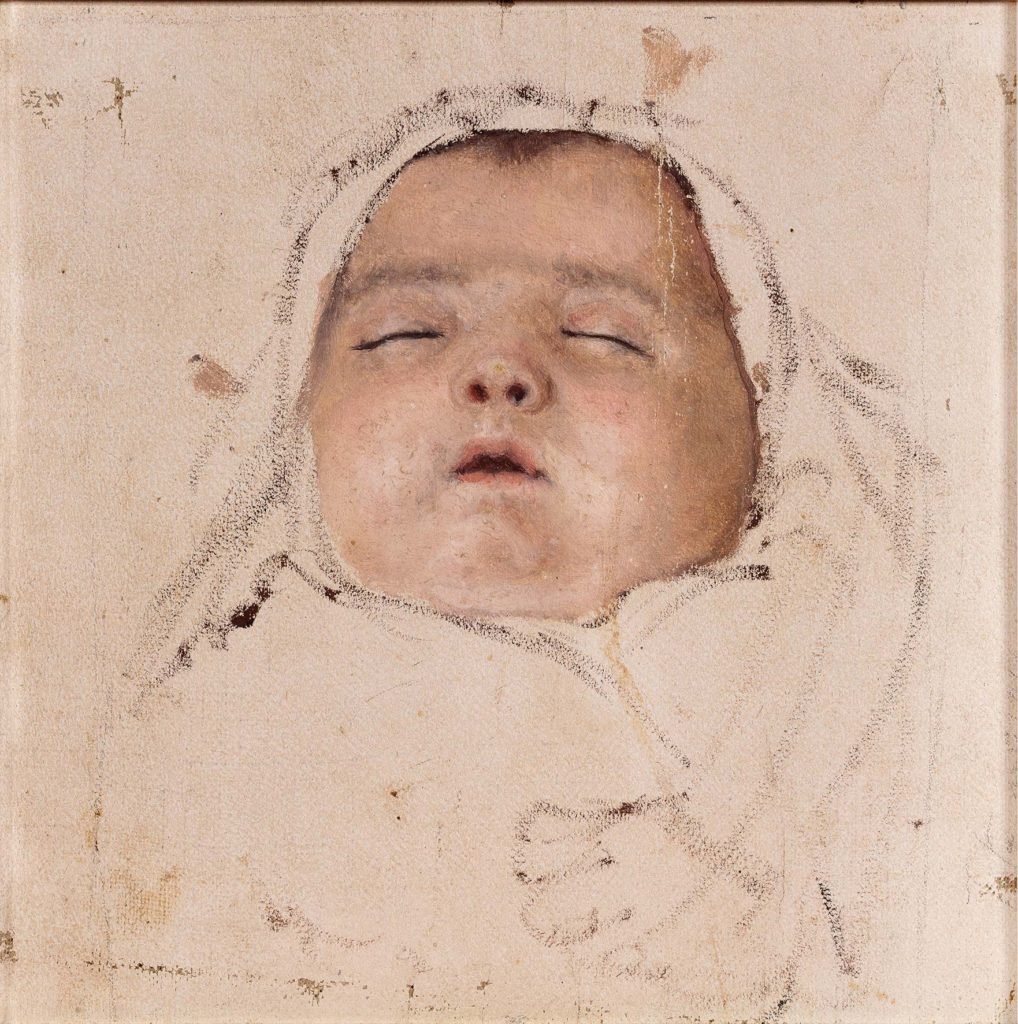 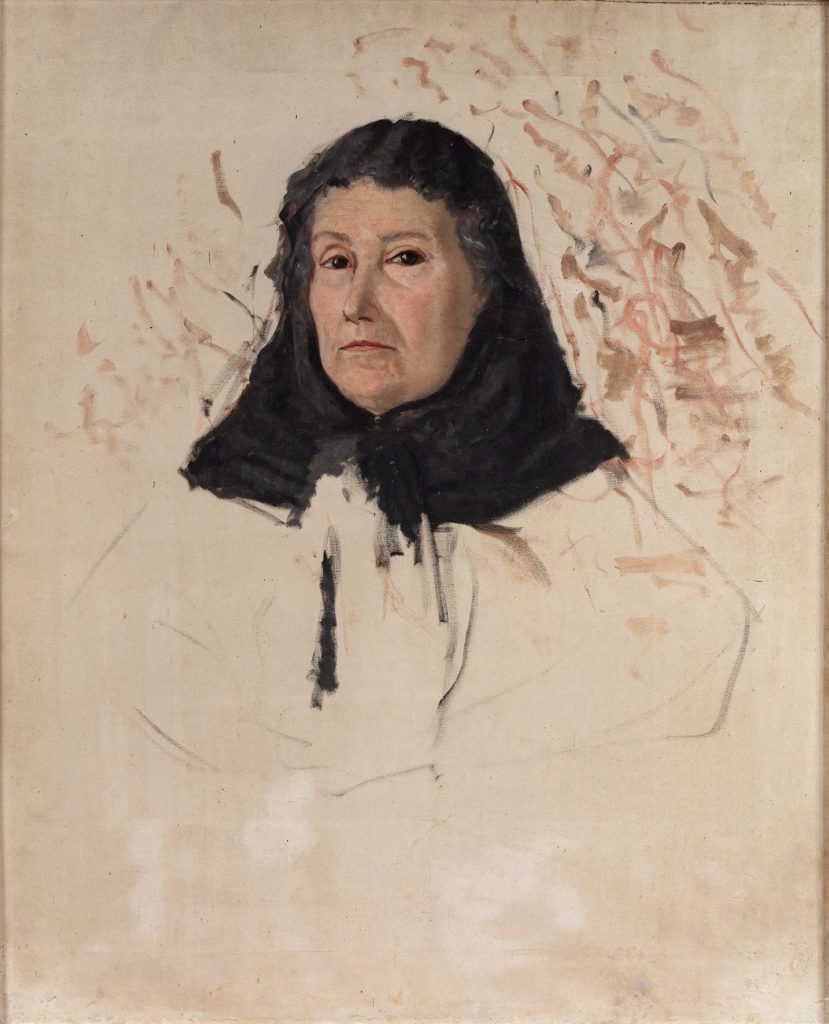 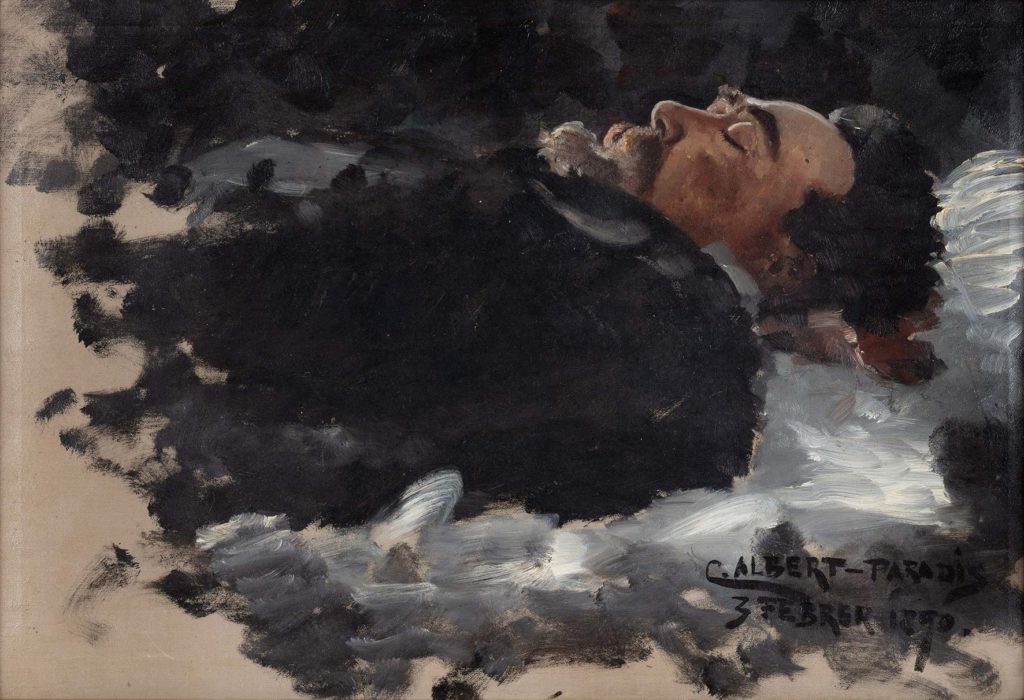